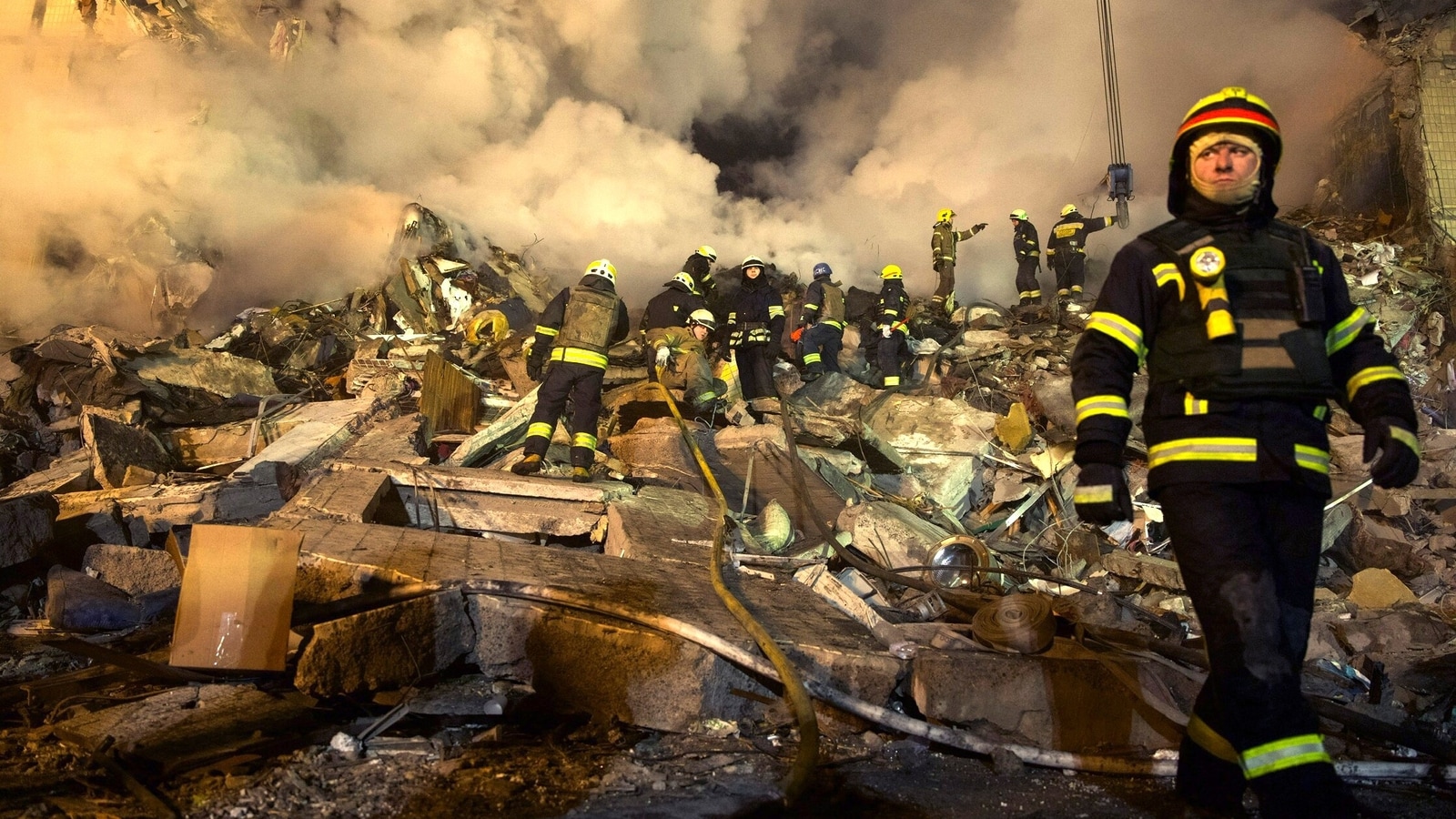 Ukraine reported a fresh barrage of Russian missiles and civilian deaths Saturday, as Britain became the first Western country to offer it the heavy tanks it has long been seeking. The British move drew a swift reaction from Moscow which warned it would only “intensify” the conflict.

Moldova meanwhile, said debris from the latest Russian missiles had landed on its territory and condemned the attacks.

Ukraine also insisted Saturday that the fighting in Soledar was continuing, a day after Russia’s claim that it had captured the ravaged eastern town following a long battle. Victory there would be a rare achievement for Moscow after a series of military setbacks.

Also Read: Russia’s or Ukraine’s or up for grabs? What is happening in this salt mine town

Ukrainian officials denounced the latest wave of deadly Russia missiles strikes across the country, as the country celebrated the Old New Year, a popular holiday in Ukraine.

At least nine people, including a 15-year-old girl, were killed and 64 wounded when an apartment building was hit in the eastern city of Dnipro, Dnipropetrovsk governor Valentyn Reznichenko said on messaging app Telegram.

Seven children were among the wounded, the youngest three years old, he added. Ukrainian President Volodymyr Zelensky said later: “It’s not yet known how many people are under the rubble. Unfortunately, the death toll is growing every hour.”

Also Read: What will Ukraine’s Zelensky do on 1st anniversary of Russia’s February invasion

Ukraine presidential aide Mykhaylo Podolyak called for Russia to be expelled from the UN Security Council.

Earlier Saturday, British Prime Minister Rishi Sunak pledged to provide Challenger 2 tanks to Ukraine, the first Western country to supply the heavy tanks Kyiv has been crying out for.

Russia’s embassy in the UK swiftly issued a warning that “bringing tanks to the conflict zone, far from drawing the hostilities to a close, will only serve to intensify combat operations, generating more casualties, including among the civilian population”.

But in his evening address on Saturday, Zelensky argued that Russian “terror” could only be stopped on the battlefield.

Moldova, Ukraine’s southwestern neighbour, said Saturday it had found missile debris on its territory after the latest Russian strikes.

Ukraine’s energy facilities operator Ukrenergo said it was working on “eliminating the consequences” of the latest Russian strikes.

“There is a hit to an infrastructure facility, without critical destruction or fire,” the Kyiv city administration said.

Emergency blackouts were applied in “most regions” of Ukraine due to the fresh barrage of attacks, energy minister German Galushchenko said Saturday.

Attacks were also reported in the southern Zaporizhzhia region.

Zelensky said Ukraine had managed to shoot down 20 of the more than 30 Russian missiles fired.

“Unfortunately, energy infrastructure facilities have been also hit,” he added, with the Kharkiv and Kyiv regions suffering the most.

There was still uncertainty about the fate of Soledar, a salt mining outpost that Russia claimed to have captured, against denials from Ukraine.

Both sides have conceded heavy losses in the battle for the town.

Ukraine’s military governor in the embattled eastern region of Donetsk insisted Saturday that “Soledar is controlled by Ukrainian authorities, our military controls it.”

The “battles continue in and outside of the city”, he added.

He was responding to claims by Russia’s defence ministry on Friday that it had “completed the liberation” of Soledar the previous day.

The industrial town with a pre-war population of about 10,000 has now been reduced to rubble through intense fighting.

Capturing Soledar could improve the position of Russian forces as they push towards what has been their main target since October — the nearby transport crossroads of Bakhmut.

Turkey said Saturday it was ready to push for local ceasefires in Ukraine and warned that neither Moscow nor Kyiv had the military means to “win the war”.

President Recep Tayyip Erdogan’s foreign policy adviser Ibrahim Kalin conceded that it seemed unlikely that the warring sides were ready to strike an “overarching peace deal” in the coming months. 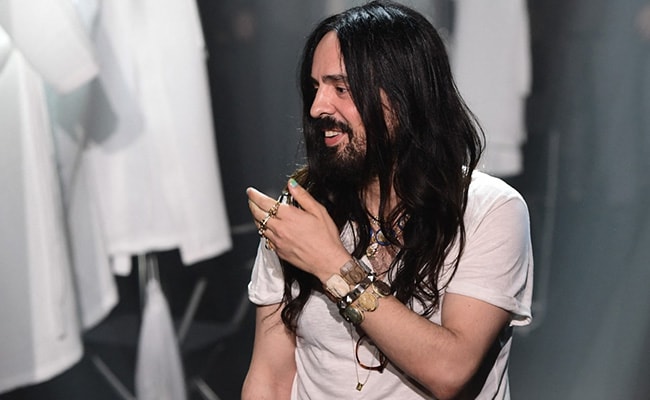 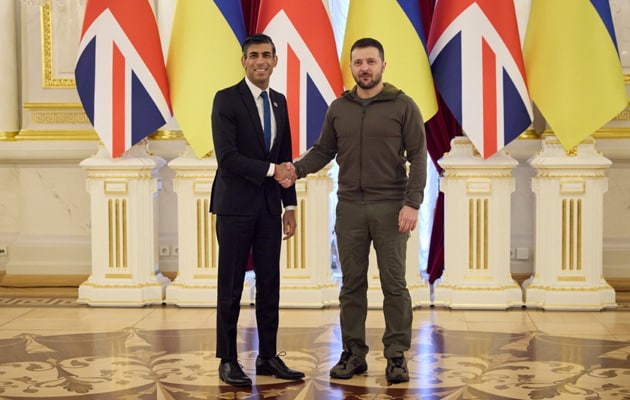 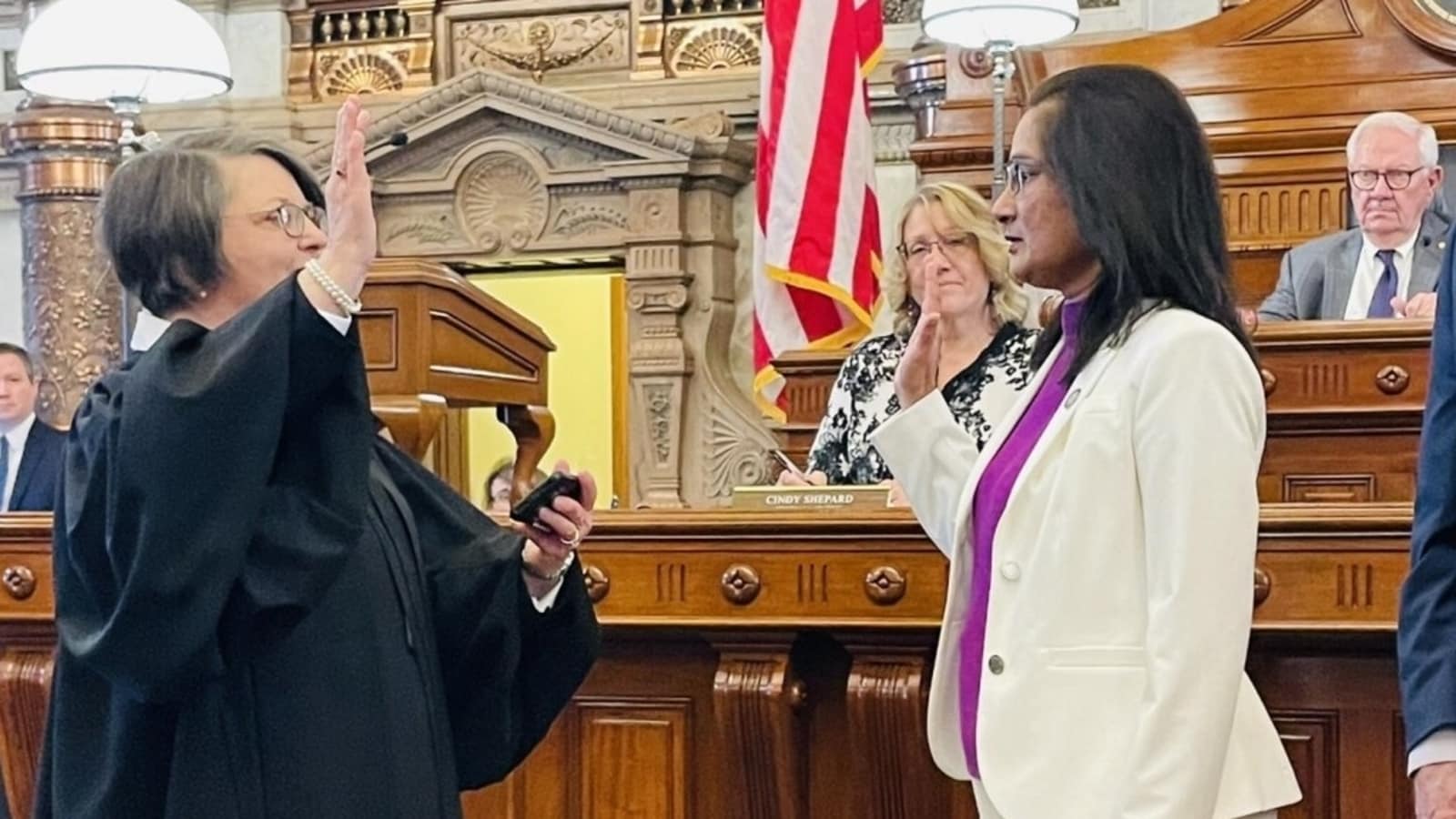 Usha Reddi: Meet the Indian American who has become senator of Kansas