Taliban Explains Why Afghan Women Have Been Banned From Universities

Afghan universities were declared off limits to female students. (File)

Afghan universities were declared off limits to women because female students were not following instructions including a proper dress code, the Taliban’s minister for higher education said Thursday.

The ban announced earlier this week is the latest restriction on women’s rights in Afghanistan ordered by the Taliban since their return to power in August last year.

It has drawn global outrage, including from Muslim nations who deemed it against Islam, and from the Group of Seven industrialized democracies who said the prohibition may amount to “a crime against humanity”.

But Neda Mohammad Nadeem, the minister for higher education in the Taliban government, insisted Thursday that women students had ignored Islamic instructions — including on what to wear or being accompanied by a male relative when travelling.

“Unfortunately after the passing of 14 months, the instructions of the Ministry of Higher Education of the Islamic Emirate regarding the education of women were not implemented,” Nadeem said in an interview on state television.

“They were dressing like they were going to a wedding. Those girls who were coming to universities from home were also not following instructions on hijab.”

Nadeem also said some science subjects were not suitable for women. “Engineering, agriculture and some other courses do not match the dignity and honour of female students and also Afghan culture,” he said.

The authorities had also decided to shut those madrassas that were teaching only women students but were housed inside mosques, Nadeem said.

The ban on university education came less than three months after thousands of women students were allowed to sit university entrance exams, many aspiring for teaching and medicine as future careers.

Secondary schools for girls have been closed across most of the country for over a year — also temporarily, according to the Taliban, although they have offered a litany of excuses for why they haven’t re-opened.

Women have slowly been squeezed out of public life since the Taliban’s return, pushed out of many government jobs or paid a fraction of their former salary to stay at home.

They are also barred from travelling without a male relative and must cover up in public, and are prohibited from going to parks, fairs, gyms and public baths.

The Taliban’s treatment of women including its latest move to restrict university access for them drew fierce reaction from the G7, whose ministers demanded the ban be reversed.

“Gender persecution may amount to a crime against humanity under the Rome Statute, to which Afghanistan is a state party,” the ministers said in a statement, referring to the International Criminal Court in The Hague.

“Taliban policies designed to erase women from public life will have consequences for how our countries engage with the Taliban.”

The international community has made the right to education for all women a sticking point in negotiations over aid and recognition of the Taliban regime.

Saudi Arabia too expressed “astonishment and regret” at the ban, urging the Taliban to reverse it.

But Nadeem hit back at the international community, saying it should “not interfere in Afghanistan’s internal affairs”.

Earlier Thursday a group of Afghan women staged a street protest in Kabul against the ban.

“They expelled women from universities. Oh, the respected people, support, support. Rights for everyone or no one!” chanted the protesters as they rallied in a Kabul neighbourhood, footage obtained by AFP showed.

A protester at the rally told AFP “some of the girls” had been arrested by women police officers. Two were later released and two remained in custody, she added, speaking on condition of anonymity.

Women-led protests have become increasingly rare in Afghanistan since the Taliban took over the country in August 2021, particularly after the detention of core activists at the start of this year.

Participants risk arrest, violence and stigma from their families for taking part.

Despite promising a softer rule when they seized power, the Taliban have ratcheted up restrictions on all aspects of women’s lives.

After their takeover, universities were forced to implement new rules including gender-segregated classrooms and entrances, while women were only permitted to be taught by professors of the same sex, or old men.

The Taliban adhere to an austere version of Islam, with the movement’s supreme leader Hibatullah Akhundzada and his inner circle of clerics against modern education, especially for girls and women, some Taliban officials say.

In the 20 years between the Taliban’s two reigns, girls were allowed to go to school and women were able to seek employment in all sectors, though the country remained socially conservative.

The authorities have also returned to public floggings of men and women in recent weeks, as they implement an extreme interpretation of Islamic sharia law.

Covid Surge In China, Alert In India: Time To Mask Up Again? 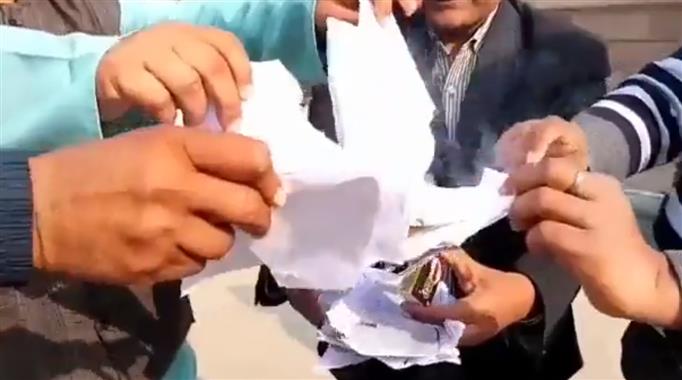 Photocopies of Ramcharitmanas pages burned by OBC activists in Lucknow 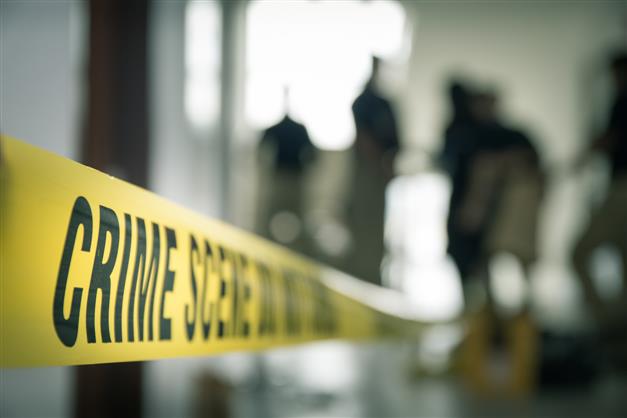