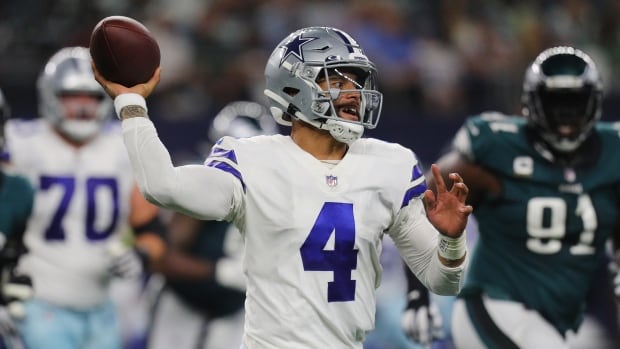 Dak Prescott threw for three touchdowns in his first home game since he suffered an ankle injury on the same field almost a year ago, Trevon Diggs returned an interception 59 yards for a score and the Dallas Cowboys dominated the Philadelphia Eagles 41-21 on Monday night.

Ezekiel Elliott ran for a season-high 95 yards and two touchdowns, and tight end Dalton Schultz had the first two-TD game of his career.

Except for a fumble in the end zone that gave the Eagles (1-2) their first touchdown, Prescott was efficient, going 21 of 26 for 238 yards without an interception in the first NFC East game for both teams.

Prescott’s first game at AT&T Stadium since the season-ending compound fracture and dislocation of his right ankle in Week 5 last year against the New York Giants was also the return to full capacity, with 93,267 inside and the retractable roof open at the $1.2 billion U.S. facility.

The Cowboys (2-1) had a 19-1 edge in first downs late in the first half, but the Eagles were down just 20-7 at the break. After Javon Hargrave forced Prescott’s fumble and caught the ball for the score, the Eagles stuffed the QB on a fourth-down sneak at the other end.

Diggs stepped in front of a pass from Hurts to the sideline on the third play of the second half and ran untouched for his first career TD while becoming the first Dallas player with a pick in each of the first three games since Everson Walls in 1985.

Hurts had completions of 41 yards to Quez Watkins, 38 yards to tight end Dallas Goedert and 27 yards to tight end Zach Ertz while finishing 25 of 39 for 326 yards with two TDs and two interceptions. Plenty of the Texas native’s passing yards, and the second TD, came with the game out of reach.

Prescott’s 19-yard touchdown pass to Schultz put the Cowboys ahead for good at 14-7 late in the first quarter, and a 2-yarder to Cedrick Wilson on fourth down essentially put the game away at 34-14 early in the fourth.

Any doubt was erased when rookies Micah Parsons and Osa Odighizuwa shared a sack of Hurts on a desperation try on fourth-and-9 midway through the fourth quarter. Odighizuwa had his first career sack in the first half, dropping Hurts for an 11-yard loss.

Schultz, who led Dallas with 80 yards receiving, scored again on a 22-yarder in the fourth quarter.

Jimmy Johnson, who coached the Cowboys to a pair of Super Bowl titles in the 1990s, made a rare appearance on their home field when he was presented his Pro Football Hall of Fame ring at halftime along with safety Cliff Harris and receiver Drew Pearson. All three were inducted this summer.

Johnson started his speech by thanking owner Jerry Jones and ended it with the famous line he first shouted after an NFC championship game win over San Francisco during the 1992 season: “How ’bout them Cowboys!” Johnson and Jones split acrimoniously after another Super Bowl title to finish the 1993 season. The two hugged before Jones put the ring on Johnson. 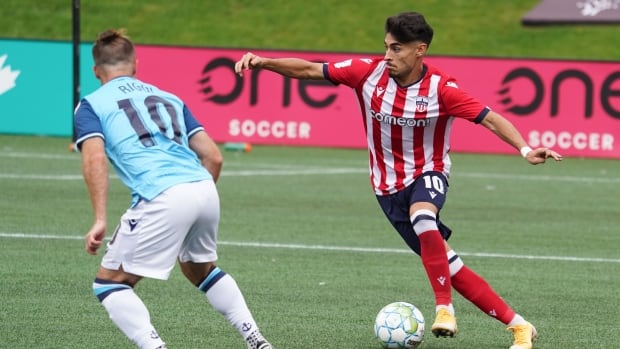 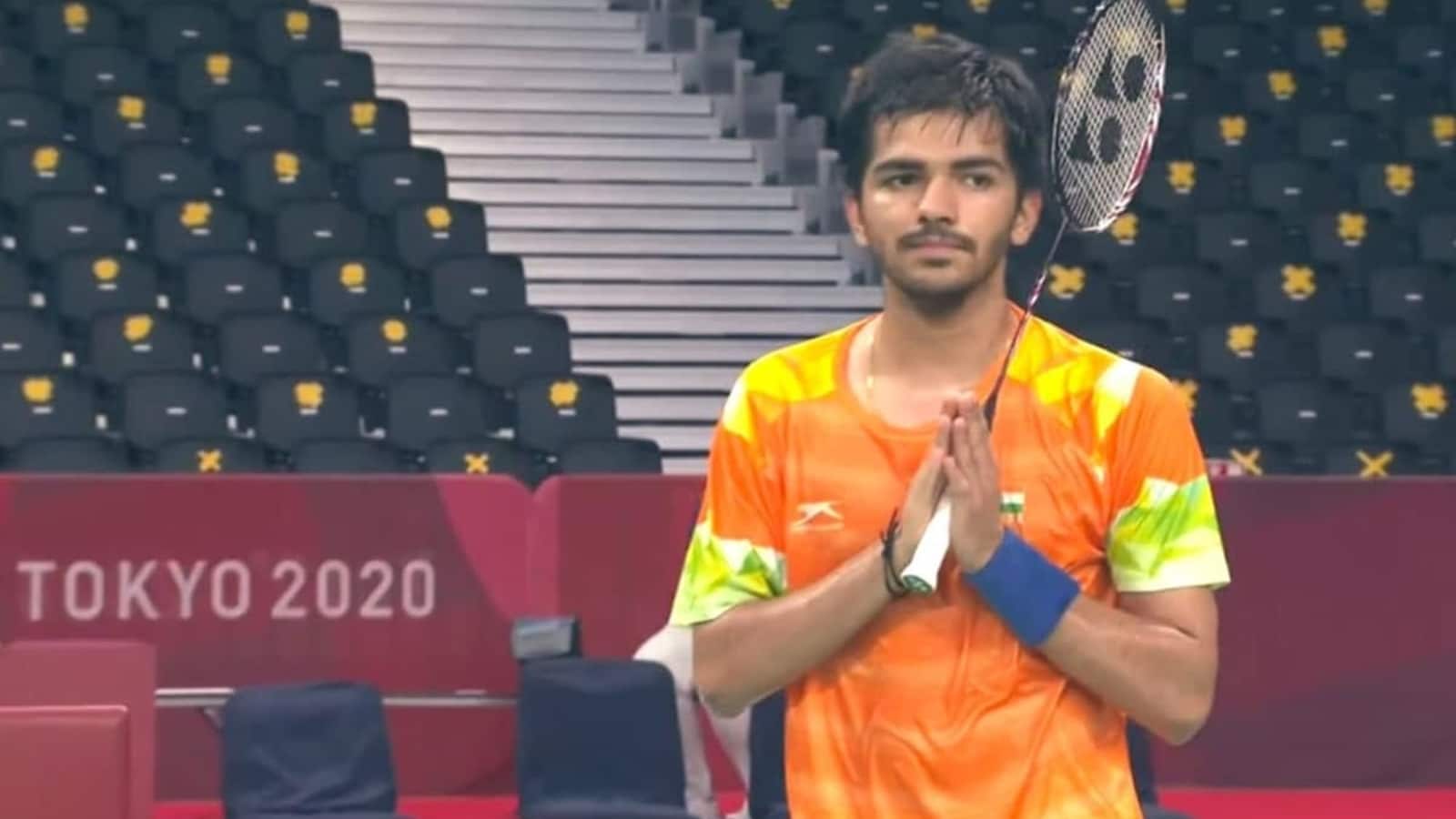 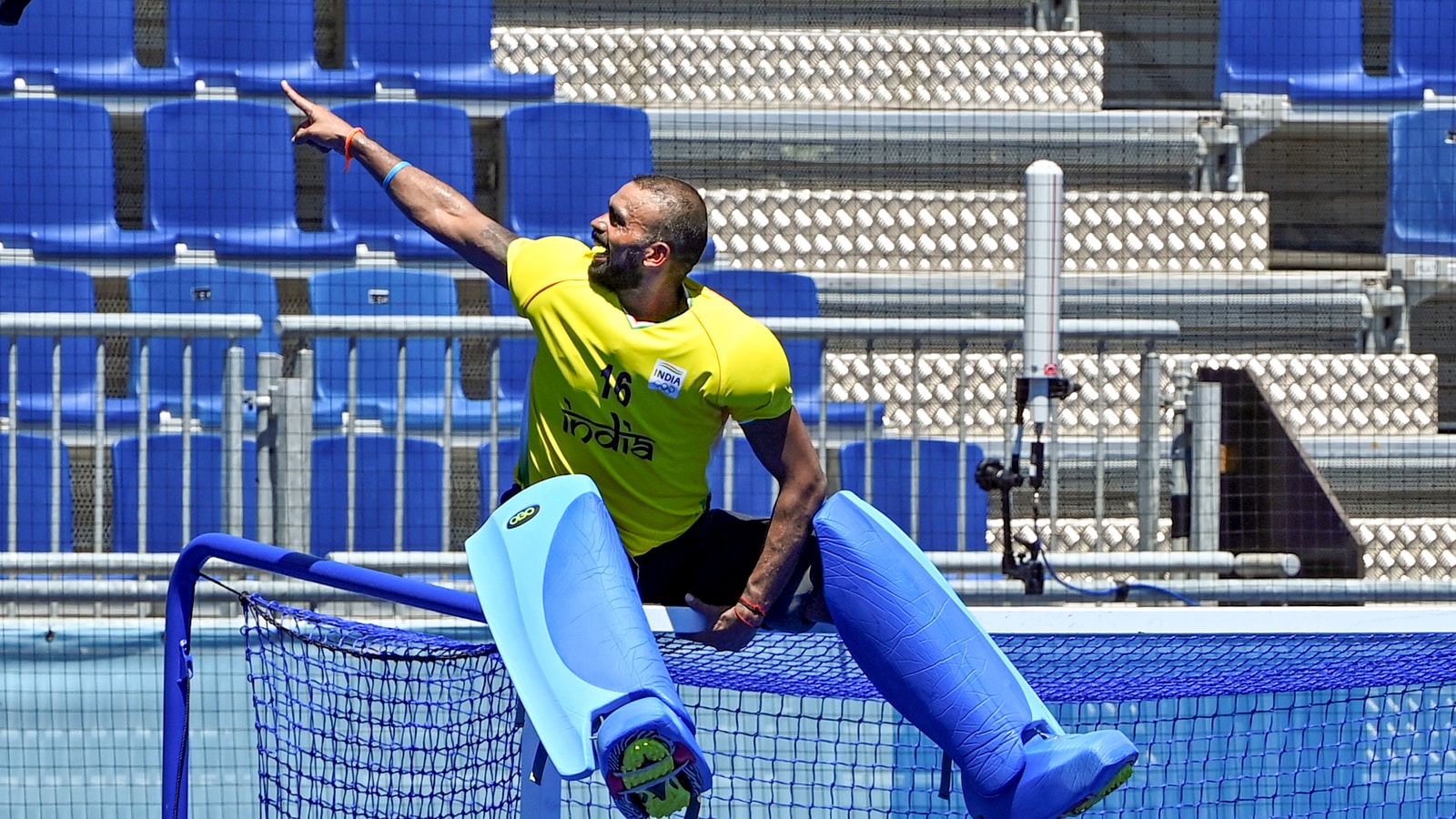 Nothing is certain but want to stay with this team till Paris Olympics: Sreejesh 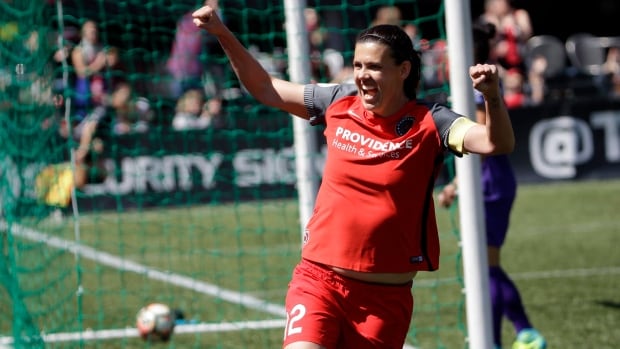