IFFK 2022 | Nandita Das interview: “Artists must find ways to tell their story, not succumb to self-censorship” Nandita Das calls herself a “hesitant” actor and filmmaker. Her filmography certainly attests to that claim. In a career spanning 26 years, she has made only three films and acted in 40. There were years in which she did not act in a single film, and others in which she acted in five.

She made films only when she felt compelled to do stories, says Ms. Das in an interview to The Hindu, ahead of the Indian premiere of her film Zwigato at the 27th International Film Festival of Kerala (IFFK) in Thiruvananthapuram.

“I did not start any of these films wanting to make one. They all happened organically. After the Gujarat riots, I was doing a series of talks titled ‘Identity and the notion of the other’ on campuses across the country which led to the making of Firaaq (2008). In 2012, the centenary celebrations of (writer) Saadat Hasan Manto were happening. Much was written about him during that time, and all those led to Manto. During the COVID-19 pandemic, we were using various apps to get our things, but the delivery workers were so invisible in our lives and I was wondering what was happening in their lives. I started out making a short film on them, which became the feature film Zwigato. It is only now, after all these films, that I feel like making films. For the first time, I am being open to other people’s scripts, being conscious of the fact that I should do the next film,” she says.

However, Ms. Das feels that she may find it difficult to do a film like Firaaq in the same way, going by the changes that have swept the country in the intervening years.

“I do not know if I would be able to make Firaaq today, but then we have to find another language to still tell these stories. This is the time, especially for artists and filmmakers, to find the stories they can tell, and not succumb to self-censorship. We have to be able to find ways to tell the story, as filmmakers in Iran have done. I am still an optimist, even though it feels like everything is collapsing. You still find courageous people and things to be hopeful about. This is something I think about when I think of what note to end a film on. I want to disturb the audience enough to feel that everything is not alright and yet to leave them with some hope that we have to do something to make it all right,” says Ms. Das.

All through, the concerns in her cinema have remained the same, dealing with prejudice, lack of empathy and fear. In Zwigato, it is the fear of losing jobs.

“It is a real fear today. There is a very palpable fear of losing your job, and unemployment has really risen. In all my films, the main thing is just to show a mirror to our own prejudices, our ignorance, lack of empathy, our fears. If people can be made to see what that little shift is that we can make in our life to make things better, I feel that is really the purpose. I do not believe that politics has to be worn on your sleeve and harped on. Then what happens is that those who agree with you feel great, while those who do not, have their shutters down. While we all need reaffirmation, more importantly, we need to explore and converse, have a dialogue with those who may have a different point of view, maybe fence-sitters who may not have thought about it. They are not all bad people and we are not all good people,” she says. 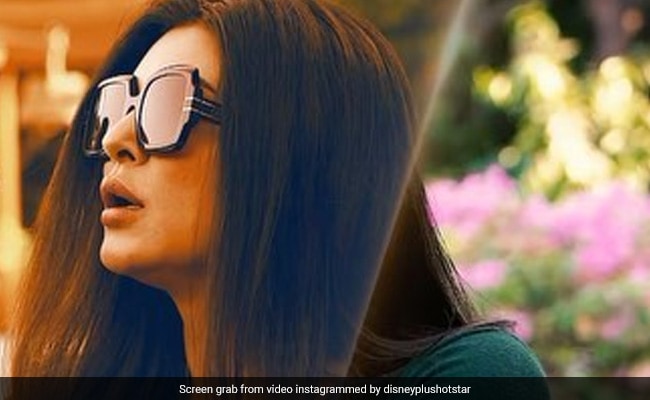 Aarya 3 Teaser: Sushmita Sen Is Back And How