China Takes Over Medical Supplies Across Country Amid Covid Surge 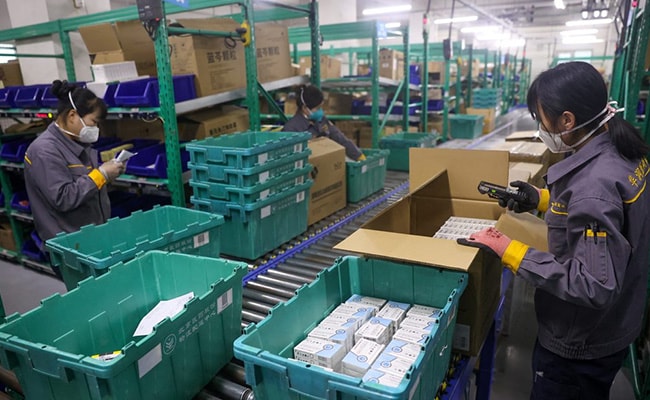 Across China, millions are struggling to get hold of basic medical supplies.

China has requisitioned medical supplies production across the country as millions struggle to obtain basic drugs and testing kits in the face of a surge in Covid-19 cases.

Pharmacies in major cities have been stripped bare in the wake of the Chinese government’s sudden decision to lift years of lockdowns, quarantines and mass testing.

Authorities have urged those with mild symptoms to stay at home and take treatment into their own hands, leading to a run on everything from ibuprofen to rapid antigen tests.

To address nationwide shortages, more than a dozen Chinese pharmaceutical firms have been tapped by officials to help “secure supplies” of key drugs — a euphemism for requisitioning — according to AFP interviews and local media.

At least 11 of 42 test kit makers whose products are licensed by China’s medical regulators have had part of their production seized by the government or received orders from the state, local reports said.

Wiz Biotech, a rapid antigen test maker in the southern city of Xiamen, confirmed to AFP on Thursday that all kits they produce will be requisitioned by the local government.

In Beijing, authorities have sent additional staff to six manufacturers of antigen kits to help them “increase production”, the municipality said on its website.

Across China, millions are struggling to get hold of basic medical supplies.

“My whole family is sick and I can’t buy medicine for the fever,” Chengdu resident Yanyan, who gave only her first name, told AFP.

On Thursday, a dozen pharmacies around the country reported fever medicine shortages.

“We haven’t had any for a week or two at all… I still have a few painkillers left, but very few,” a pharmacist in the northwestern region of Ningxia told AFP.

In Zhuhai city, officials said Monday that ID registration would be needed to buy fever medicines at more than 500 pharmacies, with residents now only allowed to purchase six tablets a week.

Nanjing, the capital of eastern Jiangsu province, said it had secured two million fever medication tablets, but that customers were also limited to six a week.

The eastern city of Hangzhou on Thursday urged citizens to place medicine orders “rationally” based on their needs.

“Do not blindly hoard medicines… leave them to the people who really need them,” read a notice from the city’s market supervisory administration.

One expert told AFP the bottleneck in supplies was a logistics rather than production issue.

“The industry and information authorities are heading up measures to secure production, but the logistics are still far from being smooth, namely the traditional channels of hospitals and pharmacies,” said Zhou Zhicheng, director at the China Federation of Logistics and Purchasing.

And as cases surge, hospital wards in major cities are filling up with elderly Covid-19 patients.

In the eastern megacity of Shanghai, an AFP journalist saw corridors of an emergency department lined with stretchers filled with elderly people hooked up to oxygen tanks.

AFP counted at least 15 such patients spilling out from wards into the hallway, some with suitcases next to their trolleys.

In the face of the outbreak on the mainland, anxious shoppers in Hong Kong have been snapping up over-the-counter flu medicine, clearing out pharmacy shelves for nearly two weeks.

“Last week, there were people who bought a dozen, two dozen boxes of Panadol to send to mainland China,” one pharmacy worker told AFP.

The chair of the Hong Kong General Chamber of Pharmacy said most of the purchased medicine was likely headed for China.

And Taiwanese authorities said they had also seen bulk-buying of Panadol and similar medicines rise in the past few weeks.

“If the situation worsens, we will consider a rationing scheme to limit the number each individual can buy,” said the head of Taiwan’s epidemic control command centre.

Ranveer Singh To NDTV: “Proud Of Deepika As Husband And Indian” Canada summons Russian ambassador over attacks on civilians in Ukraine 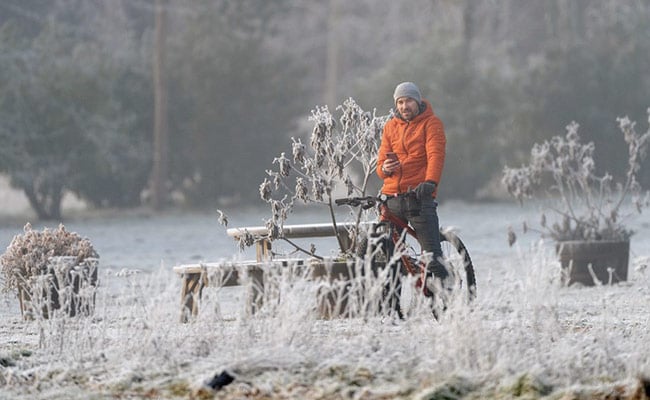 ‘Snow Bomb’ To Hit The UK In February? What Weather Office Says