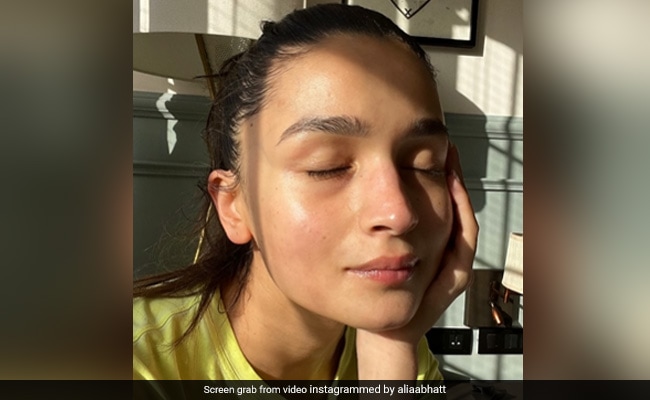 Alia Bhatt kickstarted her Saturday on a relaxing note. The actress has shared a glimpse of her weekend morning. This time, Alia Bhatt gave us a sneak peek into her early skincare routine. She posted a sun-kissed picture of herself on her Instagram Stories and captioned it, “Morning slurp.” She also added an emoticon featuring a woman applying a face mask to her caption. Looking pretty as always, Alia is seen wearing a lime green T-shirt in the image that also offers us snippets of her house. Alia completed her no-makeup look with a lip tint. Take a look at her Stories here: 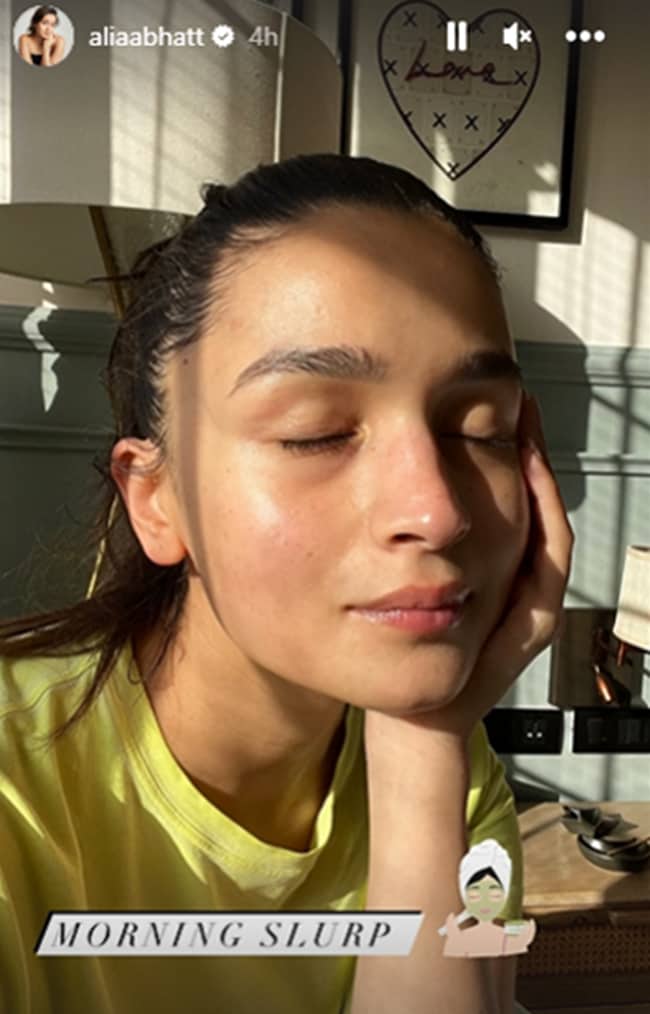 Alia Bhatt and Ranbir Kapoor were spotted with their first child, little Raha, for the first time in Mumbai on Friday. The couple were twinning in black outfits and were also accompanied by Alia’s sister Shaheen Bhatt. Just a few days ago, Alia Bhatt and Ranbir Kapoor met paparazzi and requested them to follow the “no-pictures policy” for their daughter Raha, who was born on November 6 last year.

The actress will soon make her Hollywood debut with Heart of Stone, in which she will share screen space with Gal Gadot and Jamie Dornan. 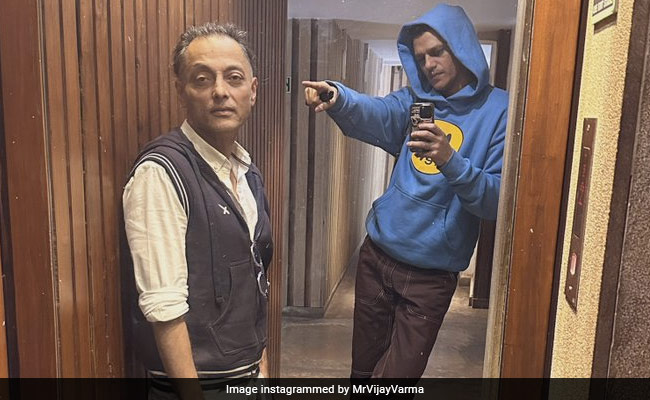 Did Vijay Varma And Rumoured Girlfriend Tamannaah Go On A Lunch Date? Here’s What He Tweeted