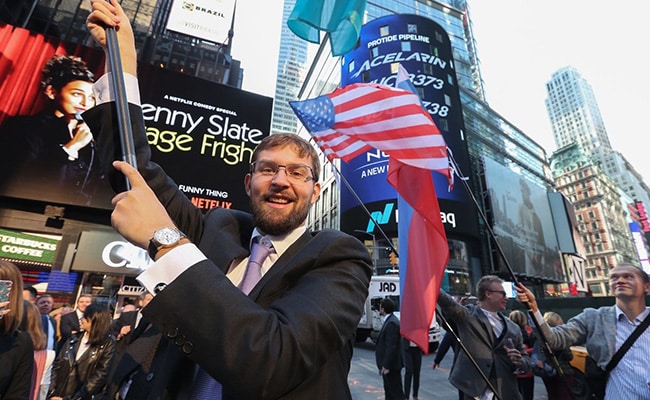 Timur Turlov, pictured outside the Nasdaq in 2015.

Timur Turlov was sleeping in a hotel room in Dubai when his wife woke him to tell him his home country had invaded Ukraine.

The 35-year-old founder of US-listed Freedom Holding Corp. had come to the Gulf to discuss how to develop business with the heads of his regional offices, including those from Russia and Ukraine. The Feb. 24 attack changed all that.

Instead, his team had to figure out how to evacuate staff from Freedom’s Ukraine office and get rid of the Russian business that generated about a quarter of the company’s revenue, which hit more than $350 million in the financial year through March 2021.

“It wasn’t clear where the problems might come from: what move could lead to some irrevocable consequence,” Turlov said in a recent interview from his office overlooking a ski jump complex in Almaty, Kazakhstan’s largest city. A US delisting or sanctions would have been particularly negative, he added.

Freedom, a brokerage listed on the Nasdaq and based in Almaty, has attracted scrutiny before over audit practices and an unusual tie-up with a hedge fund that gave it access to some of the hottest US initial public offerings – including AirBnb Inc. and Bumble Inc. That drove its popularity back home, and its shares have shot up almost 900% over the past five years.

The war in Ukraine pushed Turlov to refashion the business. In the months that followed Russia’s invasion, he sold the Russian unit and gave up his Russian citizenship. Now he’s planning to open a bank in war-torn Ukraine, renewing a previous unsuccessful attempt and adding to the brokerage his company already owns there.

That’s bound to prove challenging given that the nation has sanctioned him and his local Freedom branch because of his ties to Russia. The Ukrainian central bank is willing to do business with foreigners, but only with those with “impeccable” reputation – not sanctioned entities, its press office said in a text message.

Turlov said Freedom has submitted the necessary documents to be excluded from the penalty list. He believes he and his firm were added by mistake as he got his Kazakh nationality before it happened, and he’s confident they’ll be removed soon. Neither he nor Freedom are sanctioned in the US, UK or European Union.

Turlov controls almost three-quarters of Freedom and has a net worth of about $2.5 billion, according to the Bloomberg Billionaires Index. While that’s down from $3 billion at its peak, he fared much better than many other tycoons whose fortunes have sunk this year amid rising interest rates and a weakening economy.

His ascent started in 2013, when he bought a small investment firm in Almaty and incorporated it with Freedom Finance IC, the Russian brokerage he founded at the height of the 2008 financial crisis. He moved to Kazakhstan in 2011 and four years later acquired BMB Munai Inc., a local oil-and-gas company with a listing in the US, giving him access to the world’s biggest equity market without having to go through the cumbersome IPO process. He renamed it Freedom Holding Corp. and had it take over his brokerage assets in Kazakhstan and Russia.

To get high-profile US listings, Freedom works with the affiliate of a hedge fund that buys the shares and passes them along. Customers get greater allocations the more Freedom stock they buy. During Covid, people stuck at home increasingly turned to trading, turbocharging Freedom’s growth.

In January 2021, the company bought New York-based broker Prime Executions Inc., and later that year it bid for Wall Street boutique MKM Partners to expand further in the US. But the Ukraine war brought those ambitions to a sudden halt. The deal with MKM never happened, with both parties terminating the pact in April.

Separately, three Freedom auditors were fined by US officials for failing to include some disclosures regarding a Belize affiliate and other violations. Freedom said it’s addressed a significant part of those issues in the 2021 and 2022 financial results.

The company has since agreed to sell its Russian subsidiary to board member Maxim Povalishin for $33 million. The transaction, which would give him control of 43 offices and more than 1,700 employees in the nation, is subject to the approval of Russia’s central bank.

Turlov is focusing on expanding elsewhere. In addition to the Ukrainian plan, he wants to buy a bank in the EU and grow in Kazakhstan, where Freedom’s local unit has captured the biggest market share of state-subsidized mortgages thanks to a scoring system that gives clients online mortgages in less than 48 hours, according to S&P Global Ratings. In June, it launched an online car lending program.

While Freedom’s rapid growth is likely to test its underwriting processes, “they’re fast, they’re digital, and something might work out for them,” Roman Rybalkin, an analyst at S&P, said in an interview this month, following up on a June note.

Meanwhile, Turlov’s firm is benefiting from the retreat of Russian firms in the region.

“Our business position in Kazakhstan improved significantly as we lost almost all Russian competitors,” he said. “The radical toughening of policies by Western financial companies also made them stop servicing customers from the region.”

Ranveer Singh To NDTV On Cirkus: Rohit Shetty Is A Genre 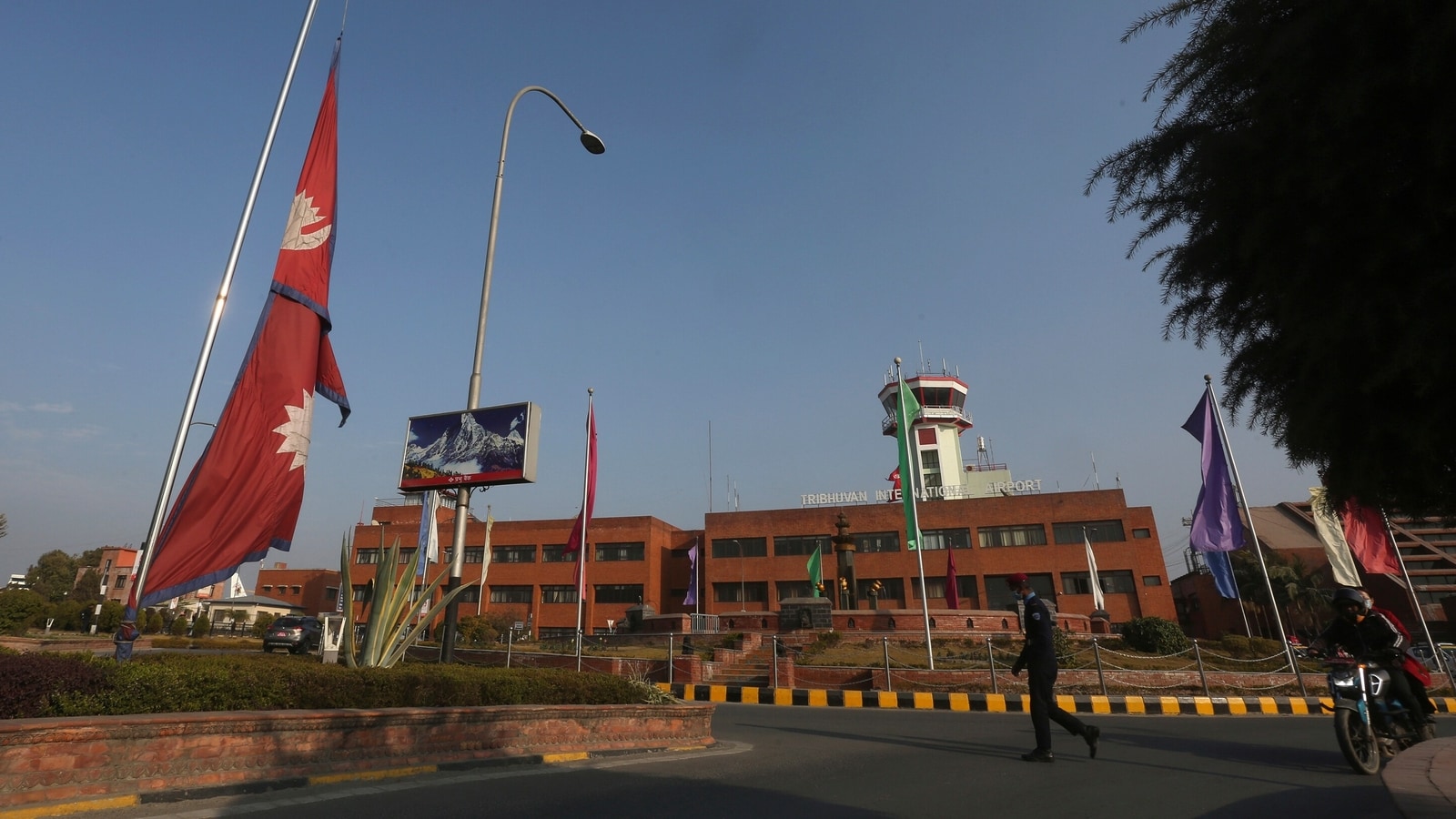